Traveling as a researcher 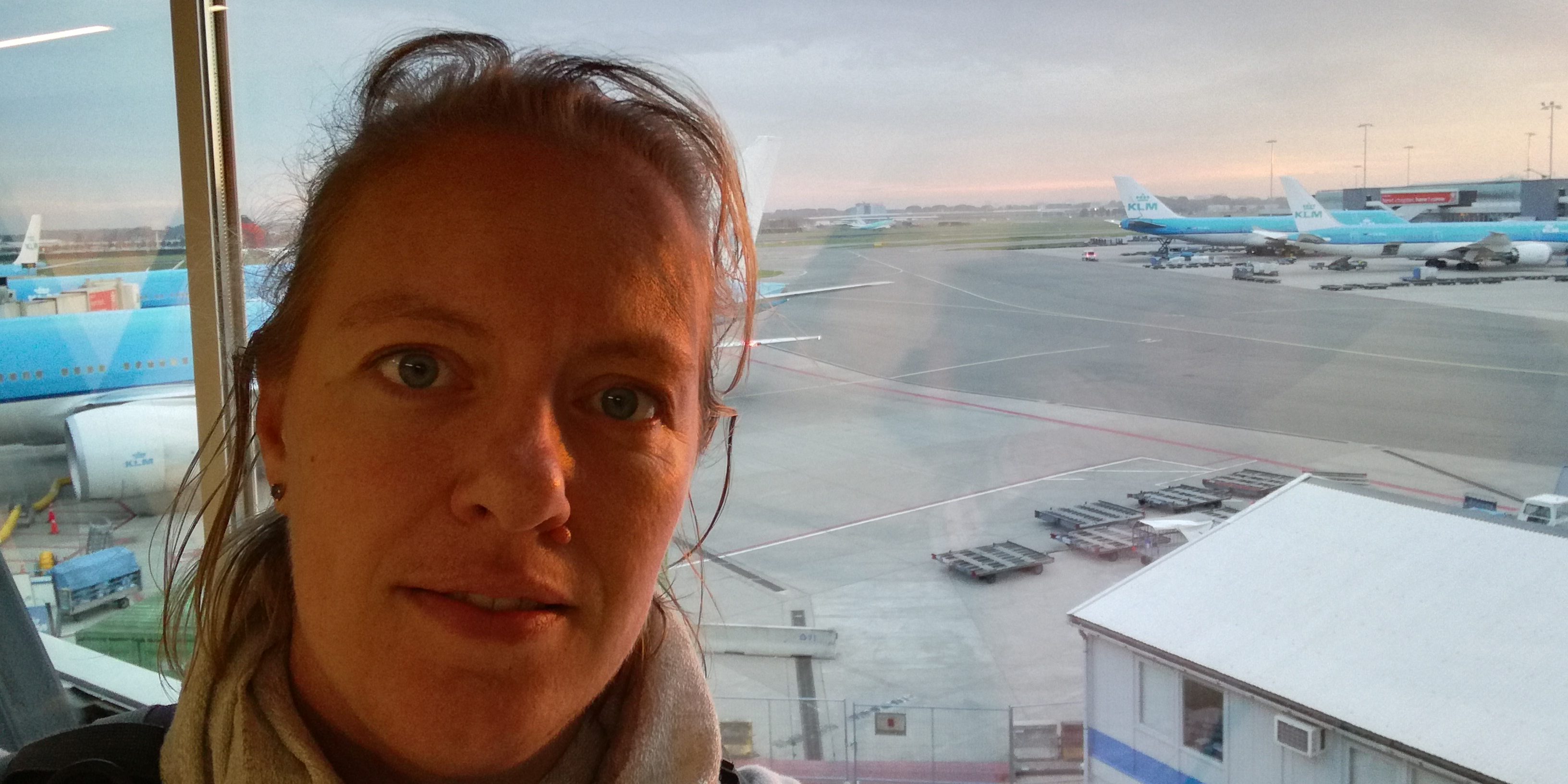 Research often goes hand in hand with traveling. We researchers we need to meet with other researchers, to visit conferences to get updated on your specific research topic and also travel for conducting the research itself. Before I came to Tanzania, I traveled at least yearly, but since I am in Tanzania it seems that traveling for me personally has become a challenge. I already planned several trips, but in a way several of the failed.

In 2013, I won a scholarship to visit a forum to present a poster on establishment of the data management unit in KCRI. I was so excited as this would be my first trip since I started working in Tanzania. Also, it would be my first trip to West Africa. I received my visa within a week and I prepared a nice poster to present. It would also be the first time to represent the institution, so I was really really excited. The only downfall was the very long flight with two stopovers. Africa is huge, but flying to NorthEast first while having to go NorthWest was not the best thing to look forward too. Then…five days before departure date, we received an email that the forum had been cancelled by the president of Senegal as the planned venue would be needed for something else. Hundreds of people had to cancel there trip and also, bam…no trip for me.

In 2014, I was invited for a study meeting in Botswana. Really nice as we would go with a whole team of our institute. Again I was looking so much forward to this trip as it was another opportunity and my first time to travel to Southern Africa. It would be a great opportunity to network with other researchers. Four weeks before the trip I discovered that I was pregnant. No problem as the meeting would be in the capital…I thought. However, two weeks before the meeting, I received an email with the details of the meeting including the place. It would be in a nice lodge and when I checked the pictures, I found the lodge was superluxury on a riverside. I checked the lodge on a map and tried to see what preparations I should take. Then I found the meeting would be in a highly endemic malaria area, meaning traveling there pregnant would be a too high risk. I decided not to go as that risk was too big for me. Again…staying in Tanzania.

In 2017, I was selected to present one of our research projects in Bujumbura, Burundi. As there had been some irregularities in the preceding year, I checked the travel advice of the Dutch government. When I opened the website of the Dutch government and selected Burundi, I found a completely red-coloured map of Burundi. This meant that the whole country is not safe for Dutch travellers. I contacted the embassy and they advised that ‘it is always my own decision, but in general it is not safe. However, know that we get quite a few Dutch visitors for projects and meetings, so really, the decision is yours.’ I was really doubting for quite some weeks and when I finally decided to go I couldn’t get a visa anymore. I asked the Burundian embassy in Tanzania, but they told it was too late. Shit…another trip cancelled.

Luckily, it is not that there has been no trip at all. In the past years, I have traveled to South Africa, Uganda, Ethiopia and Kenya and also within Tanzania. So, it not too bad. There was another trip that I feel like I was supposed to go, but for some unknown reasons someone else went :-p. No more comments on that though. Monday, I will have to go to South Africa. Again this trip was almost not made possible as I didn’t have a re-entry pass yet from the Tanzanian immigration for unknown reasons. However, I was able to get the pass yesterday, so currently there is no barrier to go. However, you never now what may come up….