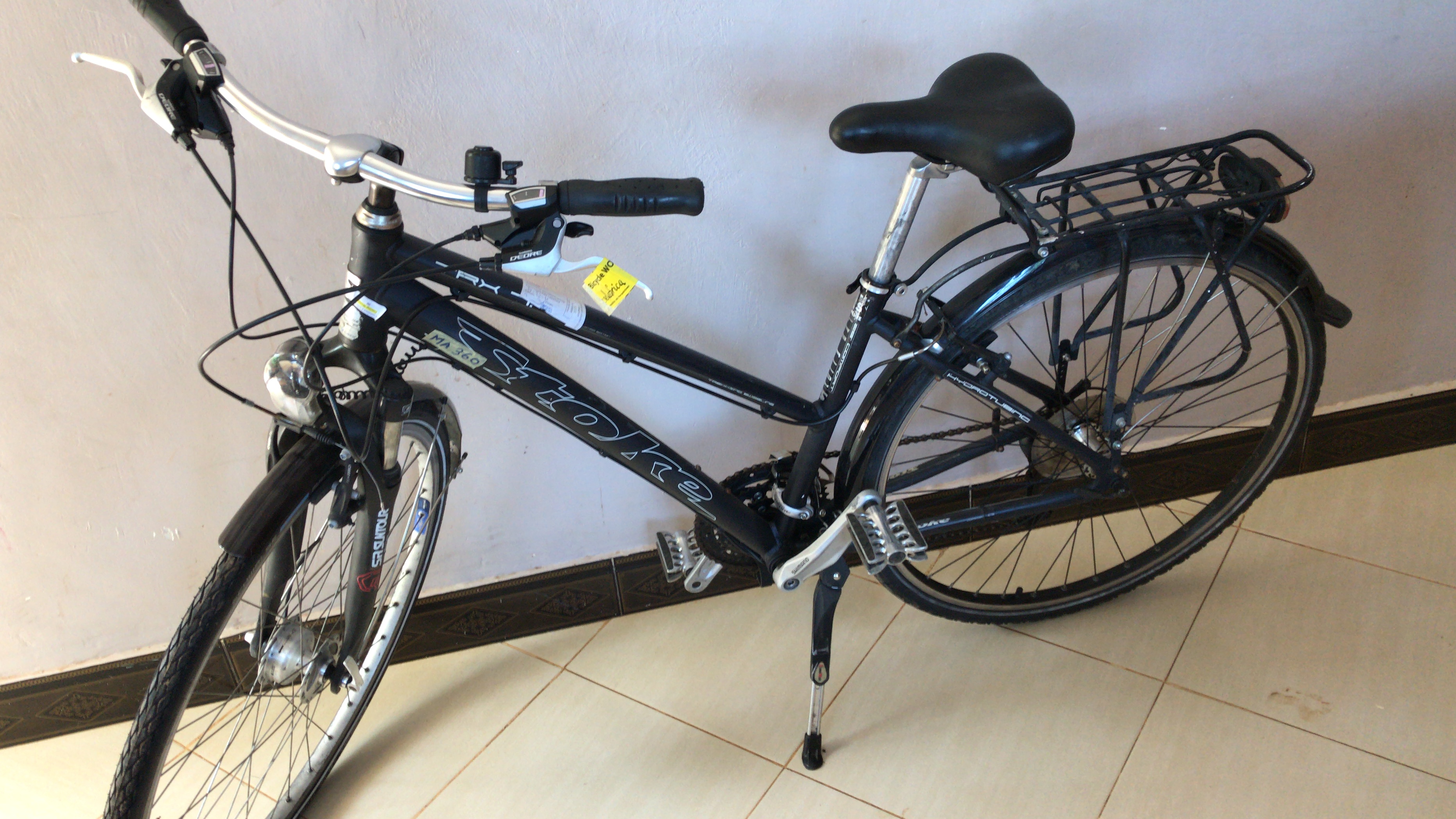 Recently, I got a bike which I now use to transport myself from place to place. It saves my health, my wallet and the environment. I really regret I did not start cycling before, but finding a good bike was not easy. That means, finding a bike with enough gears to be able to cycle up the lower slopes of Mount Kilimanjaro. I love to cycle to my work and at other times to other places.

Since I moved to Tanzania in 2010, I have tried several things to be able to cycle here. Firstly, I wanted to transport my own Dutch bike to Tanzania, but KLM has a restriction on the weight of bikes in boxes. They should not exceed 23kg. As the box alone is already around 5kg, taking of several parts of the bike was not adequate. As such, we bought me a mountainbike in 2014. But being pregnant and cycling up those slopes with only 3 gears, leading to more walking than cycling, made me to stop cycling and basically I never touched that bike again. Recently, we bought a bike for our daughter and I found a great one for myself too, with 27 gears. Since that time, I have been using it almost daily, except for those days when rain is pouring from the African skies.

Going to work is easy as the road is just going down all the way. I first have to drive down a very steep dirt road with a lot of small rocks. The rocks and stones slide when I pass, but up to now I have been able to not fall down. Then there is a small part through some green maize plantations, but soon I pass the first dalla dalla (small public transport bus) and the road becomes busy. Bajajis (tuk-tuks), dalla dallas and boda bodas (motorbike) appear from nowhere and seem to criss cross the road everywhere. Sometimes goats or cows cross the road too. So I have to be very careful when racing down with 40 km/hour. The wind in my ears makes that I only hear the dangerous sounds of horns and engines.

Going home is different story. Driving up makes me to be slow and hear all sounds around me. Especially, the sound of people, mainly men, shouting at me. Mzungu, mzungu (literally meaning ‘endless wanderer’, but used for ‘white’ people from Europe and USA), manka manka (the meaning of this word is still not clear to me), mama mama…It certainly is a different experience than coming down with the wind in my hair. Sometimes they even ask: ‘You need a boda boda?’ Dah…you do not see that I am on a bike? Other shoutings are like: “You’re doing exercise?” “Yes dude, in my skirt or chique pantalon.” I mostly ignore all those sounds and even use my headphones in many cases. In that way, I truly enjoy the trip cycling home.