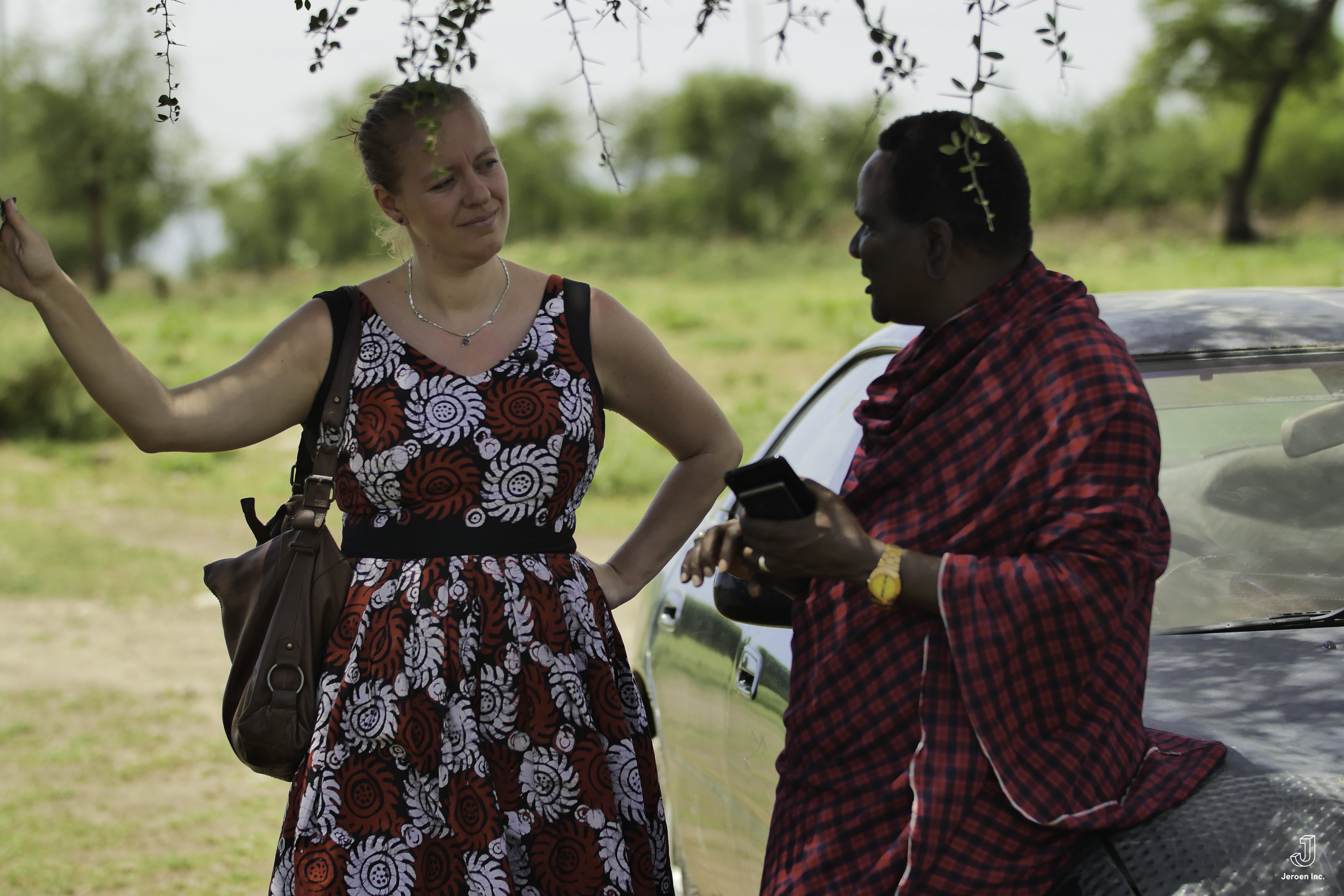 In the past week, I had the privilege to be in the field for our ONDOILO project. After we received all permissions for our research project, which took quite some time, we could finally kick off our project and start collecting data. When I was in the field with our team, I finally felt that I found my place.

When I did my PhD in Amsterdam, I did a workshop of several days that resulted in a description of an envisioned career path. It was clear that my place was in Africa, but according to personal circumstances at time, that was just an utopia. I remember, the trainer called me a flamingo as she saw I was able to change color according to my feeding grounds. Now, we are almost ten years further and the envisioned life in Africa of that time is not an utopia anymore, but pure reality.

Some years ago, I was in a discussion with Mbayani. A young fierce Maasai who was married with the girl he loved and with the idea of only wanting two children. But, as Maasai highly value procreation, this was a unique case. He asked me about birth control. After explaining several issues to him, he told me that his community is totally not aware of family planning and needs birth control as they are not able to feed the number of children anymore due to decreasing grazing grounds. He asked me if I can help.

Last year, we won a grant on a project which is called ONDOILO (voice in Maa language). The project has the goal to give voice to Maasai when it comes to family planning. The whole project is based on my conversation with Mbayani and the proposal has been developed completely with a team from his side and our team at KCRI. We will develop a mobile health system to increase dialogue between Maasai and Healthcare.

We went to Esilalei last week to kick off our project. High officials from the Ministry of Health, such as the Regional Medical Officer (RMO) and the District Medical Officer (DMO), the village chiefs of the area, health care staff and our teams were there to inform each other. It was a great meeting showing strong commitment from all sides on assisting these Maasai with birth control with the ultimate aim of improving their lives.

When discussing with Maasai in the area, I suddenly felt that I had reached that utopia that I envisioned during my PhD. The days in the field were not easy. Meeting with teenage girls who got married at a very young age, hearing stories about female genital mutilation, seeing women having to take care of up to ten to twelve children made the trip tiresome. In contrast, it was also very motivating to get encouraging words from the RMO, outspoken hope from the Maasai elders that the project will bring better lives for their grandchildren and a very hard-working team of Maasai and researchers. Therefore, we believe that this project will be a start to improve sexual and reproductive health among Maasai.

Thanks to all who made this possible!

–VOICE.global for the financial support

-The dedicated hardworking team from KCRI

-Great accommodation at and collaboration with Isoitok Camp Manyara

–Jeroen Roodnat for the film production (more on that later!)