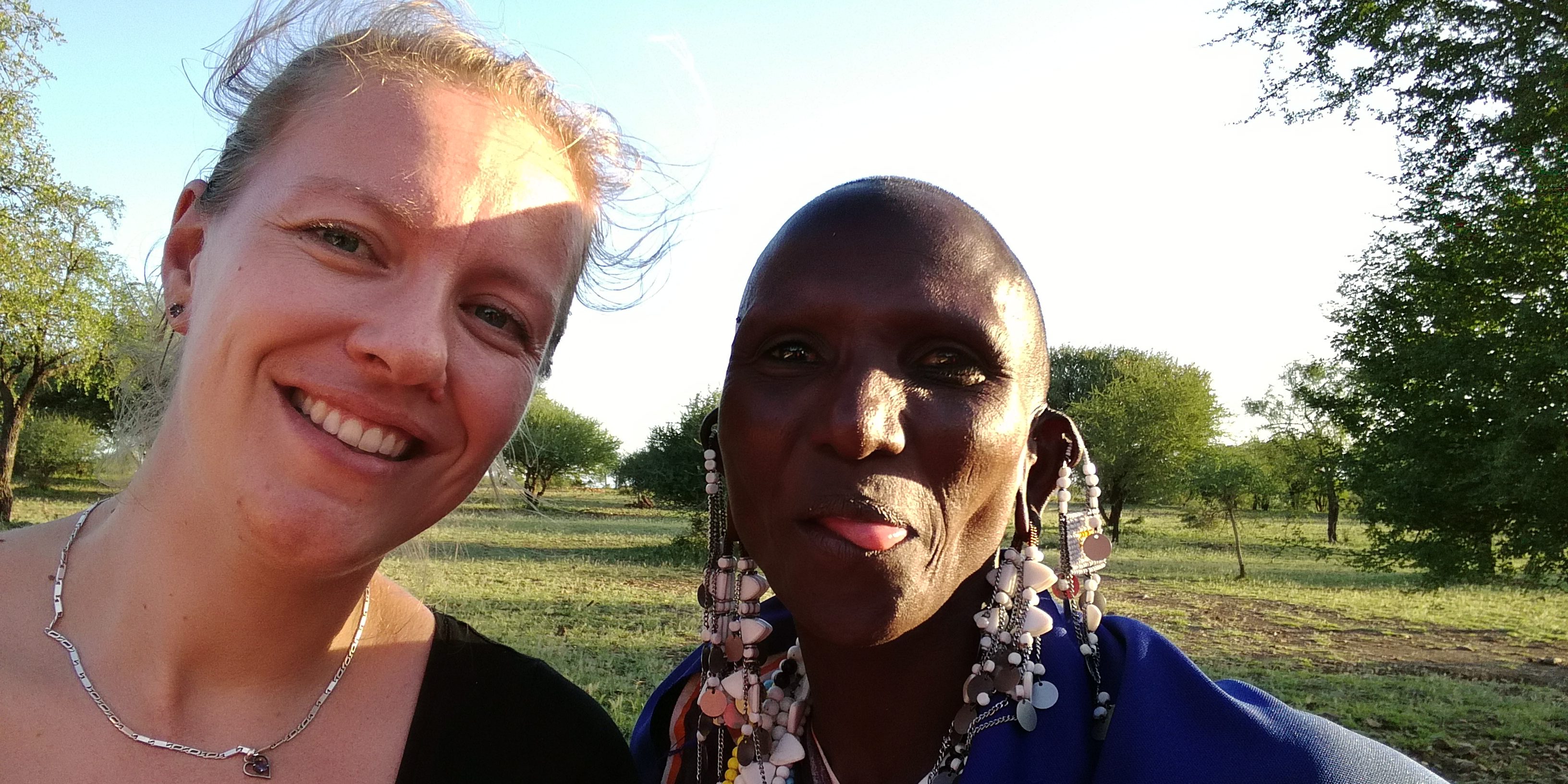 The Maasai are perhaps the most famous people in Africa. With their red shuka (robe) and distinctive jewelry of beads living in the Great Rift Valley (De Grote Slenk), they form a striking whole. I wrote once about the Maasai and their dilemma about development and the abandonment of traditions. Last week we were at the Maasai for a few days to prepare a research proposal together with them. The proposal is about reproductive health, with the weird Dutch translation of voortplantingsgeneeskunde, and is therefore quite an interesting subject at the Maasai in view of their own ways of giving birth, maternity care, use of traditional medication and of course girls’ circumcision.

As a researcher, you are expected to first familiarise yourself with a topic before you ‘think up’ a new study. As a result, I and my colleagues had read various articles about, among other things, division of roles between men and women, female circumcision, obstetrical care around pregnancy and childbirth. That meant we were a bit prepared for what could happen. For example, an article about ‘sperm waste’ described an information session about the use of condoms. A wooden penis was used. However, the Maasai did not accept that it could apply to them, because that penis was not circumcised. Then the penis was immediately taken to a local carpenter to properly circumcise him (source: Coast et al. LSE Research Online. 2007).

In conversation with the Maasai

We had a meeting with the Maasai to record the research proposal; We, a mzungu, three wachagga and a mhehe (tribes still play a role here), with 25 Maasai men and women. We talked a lot about what they would like about reproductive health, but some subjects were immediately swept off the table or not responded to. Other topics were discussed very openly. Yet we thought that they were not completely open, so we split up the men and women. Then it appeared that some men were father-in-law of the girls. Oops … logically so … because who, even in our open Dutch culture, will tell her father-in-law if she wants to use condoms. After splitting up the group, people became even more open and we were able to work together towards good ideas for the research proposal. We have learned that this group Maasai is really open to new developments in the field of reproductive health.

Now a research proposal must be put on paper. We will do that with a team consisting of my colleagues, representatives of the local health care and of course the most important, the Maasai. A new path has been opened for super-interesting research that can especially help the Maasai in their reproductive health. Thumb for us that we win the grant.