From idealist to realist 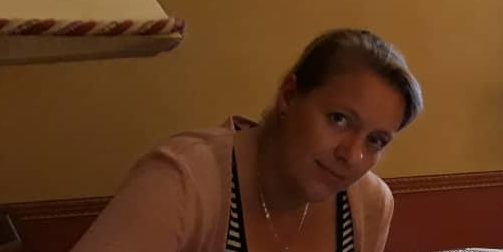 Years ago, I was one of them. Such a girl who wanted to do something good for the poor people in Africa. I can now say that I had no idea what Africa actually meant. Yes, you see the images on TV of AIDS, poverty and war children. But you don’t see the images of ambitious young people, hugely growing cities and the rapidly growing mobile technology. So in 2006, I went with a bag full of clothing, toys and money to Tanzania.

At that time I also thought that I could do good. But bringing goods and services is not really the way to do something ‘good’ here. Examples of less successful projects. The supply of a microscope that can not be used because nobody knows how it is used, bringing hundreds of mosquito nets that are used here as bridal veils or chicken wire, or the shipping of a whole school class for which thousands of dollars of import tax must then be paid. Not to mention the hordes of students who come to Africa to build a school or hospital. And then to think that ‘if there is something that’ the African ‘can do, then it is building’. How humiliating it must be when a bunch of white students without any construction training will tell you how to do it ?! I don’t want to burn down all those good initiatives, as I totally understand where it comes from. I also wanted that perfect photo of me with some cute African orphans, but since I live here I also understand that it does not work like that. That idealism that I had ten years ago has more or less disappeared.

I do not really dare to say it. Sometimes I think I can find something that works better, such as transferring knowledge or purchasing goods in the country itself. For years, I thought that with my knowledge as a researcher I could also bring something here. But even that does not seem like the best way. Sometimes I think: ‘what would happen if we simply stopped all money flows in the form of donations to Africa’. I do not mean the trade, of course. That should increase. Look at Tanzania! It is full of natural raw materials. But they are not effectively traded and that is partly due to a dependent position created during colonialism. I think the only way that is good if Africa, or more specifically Tanzania, develops itself. And that is in full swing. More than 80% of the inhabitants have a mobile phone in Tanzania, the number of ATMs and banks in Moshi has increased by roughly 500% since 2006, since a few years VAT is charged on goods through which the state treasury is filled and the number of tarmac roads is steadily increasing.

In the meantime I became more of a realist than an idealist and not only in the area of ​​development cooperation. My idea of ​​many ethical and religious issues has changed drastically here in Tanzania. Tanzania is not guilty of that, but it is the fact that the Netherlands is actually a very protected world where we do not know how things are  in Africa for example. I have a very realistic, but still critical, view of the world since I live here and I like that very much.

And yet the idealist in me came up again in the past few weeks. The Dutch government has a new fund to give sound to various minority groups in Tanzania: VOICE. Idealism in me was rekindled because it is a fund for research on, among other things, better access to health care and I recently received such a request from Maasai. This week we will be talking to Maasai for three days to write a proposal. As a researcher I will write the proposal, but they will really have to do it themselves. So I still am a born realistic idealist.